The following is an interview I did with author Angela Jackson-Brown, whose debut novel Drinking from a Bitter Cup was release by WiDo Publishing in January, 2014. Angela was curious about WiDo, about my own writing and had a lot of questions about both.  You can learn more about Angela and her upcoming novel at her website, angelajacksonbrown.com.

I did this interview some time ago, back when I first released my cookbook. The book I was working on at the time, “Waking Up,” came out in November, 2014, as Afraid of Everything. And the book I mentioned as next in line, #3 in my Diamond series, I’m now fully into. Currently the title is “California Diamonds,” but who knows, it could change!

The complete interview with comments is on Angela’s blog here.

Angela: What motivated you to get into the publishing industry?

Karen: I had absolutely no idea of getting into the publishing industry, but I always wanted to be a writer. The story behind how all this came about is in a post called “The Truth about Farm Girl” on my blog. We like to say that while some publishing companies launch a book, in WiDo’s case it was a book that launched a publishing company.

That book was Farm Girl, a folklore history I wrote to honor my mother on her 90th birthday. I had no idea it would lead to the creation of a traditional book publishing company that has released 40 (now over 65) books­­­­­­.

How are you able to balance being a writer and being a business person?

This is extremely difficult, because writing uses the creative side of one’s psyche while business uses the competitive, analytic side. However, I’d have to say that any writer today has to deal with this disconnect of the creative  vs. the business. As writers we must promote ourselves and our books if we want to find readers in today’s hugely competitive market.

Personally, I have to schedule my writing time and set weekly and monthly goals, or I’d never get any books of my own out.

There are so many cookbooks on the market, what distinguishes Farm Girl Country Cooking: Hearty Meals for the Active Family from the rest?

Mine comes from years of planning menus and cooking for a large family, of necessity having to find recipes that feed a lot of hungry appetites without taking all my time and money. So many recipes now are too fancy and take too much time, plus using specialized ingredients that require extra cash.  Teenage boys only care if a dish on the table tastes good and fills them up. And what I cared about was that they got a nice balance of vegetables and whole grains, with less meat, which is expensive. That’s why many of the recipes in my cookbook are easily adapted for vegetarians. We usually had three or four meatless meals each week.

And I know how hard it is to decide what to make with what, as I still struggle with that when I need to make a dinner for more than just my husband and me. So I linked up main dish, side dishes and even dessert to give ideas to my readers. I experimented a lot before we went to press with what looked and tasted good together, what could work well when time was short; and my family enjoyed all the practice meals. One son over for dinner with his wife said happily, “This is just the way you used to cook!”

Why did you decide to publish a cookbook?

It was a labor of love. I had so many recipes and meals that were part of our family history, you might say. Things my mother and grandmother had made that I’d used with my children, along with recipes I developed that were our family favorites. I wanted to combine them in one published cookbook, and in the process maybe help others who struggled to plan meals every night. Unfortunately, I also left out a lot of the recipes, because I have them in files and folders and boxes all over the place. Not sure I’ll do another one though. It was a lot of work creating a cookbook!

Of all of the writing you do, from fiction to cookbooks, is there one genre you enjoy better, and if so, which?

I definitely prefer writing novels. Uncut Diamonds and House of Diamonds were both autobiographical novels, and then I did Lighting Candles in the Snow which was complete fiction. I felt like I’d crossed a threshold with Candles, as it dealt with addiction, a dysfunctional marriage and divorce—three things I thankfully had no personal experience with. I had to do research, and when readers who had dealt with these issues said it struck true to them, it made me feel like I had gotten it right. I’d love to write more novels about things I know nothing about, because it’s so rewarding to get into a completely different perspective.

You have written Farm Girl, Uncut Diamonds, House of Diamonds, Lighting Candles in the Snow and your cookbook, Farm Girl Country Cooking: Hearty Meals for the Healthy Family. Do you have a sixth book in mind?

I’m currently working on a novel about a woman who experiences a traumatic experience at work and is subsequently paralyzed by fear. She has a drastic plan to overcome her fear but before she can implement it, she gets in a terrible accident that puts her in a coma. It is tentatively called “Waking Up,” due to be published next year. After that I want to write another in the Diamond series, which will be #3 in my Mormon family saga. Not sure of the title yet, although my husband says it should be called The Baseball Diamond. Haha! Not likely.

Your son William Gowen, is the CEO of WiDo Publishing, and your husband Bruce is the business manager, while you are managing editor. What is it like to work with your family?

The first few years of WiDo’s existence consisted of numerous family members working together to implement this huge idea, along with the financial support of our generous and anonymous investor. Our son Don did the typesetting and covers; our daughter Liesel was an editor; William (we call him Billy) was an insightful decision-maker as well as an excellent editor; and other family was involved as well in various capacities. It wasn’t until early 2012 that we branched out from using only family, who really needed to devote more time to their own jobs and interests, to hiring freelancers.

I have thoroughly enjoyed working with my husband and children to build something that has made so many writers’ dreams come true. Being a family of readers and book-fanatics, it’s incredibly rewarding that we have had this opportunity to publish so many wonderful books.

What are some of your dreams for the future of the publishing house?

Next year, 2014, we will reach the huge milestone of having published 50 books. It hardly seems possible since we went from 2007 – 2010 basically learning the ropes while publishing only a few books. We are forever grateful for the authors who took a chance on us early on, like William Everett Prusso (Ghost Waves, 2009), David J. West (Heroes of the Fallen, 2010), and Tamara Hart Heiner (Perilous, 2010). We barely knew what we were doing back then, yet these writers stuck with us during the extremely long editing and publishing process. Our time now from submissions to release is cut by about half what these good people had to endure.

In addition, since 2009 the entire publishing industry was going through a tremendous overhaul: from POD to ebooks to bookstores closing to the rise of self-publishing and of social media marketing. Many publishers, large and small, went out of business during that time, and I can hardly believe our little company survived it all and has even thrived. We are getting more submissions than ever and look forward to the 100 books released milestone.

We see our immediate future being to continue the current pace of publishing an average of 12-15 books a year, supporting our authors along the way from editing to book release and beyond. Within the next five years, we’d like to double our yearly output to releasing 24-30 books a year. We also plan to integrate more aggressive online marketing campaigns for all of our books.

At this moment, what type of authors are you seeking?

We really love the enthusiastic authors who are excited about learning everything they can about navigating this great new world of online book marketing.  In today’s bookselling world, it is the writer who is the face of the book. Readers could care less who the publisher is; instead, they’re often attracted to a book by who the author is.

Writers can no longer stay in the background, quietly and anonymously writing. They’ve got to get out there and pull in their readership. It can be difficult since most writers are introverted, even reclusive, but the good news is that social media is the ideal vehicle for the reclusive writer to build a platform that also builds relationships with potential readers.

For some of our authors, it comes easily and when they submit to us they have a solid platform already in place. For others, it’s brand new, with a definite learning curve until they can comfortably navigate social media. We like people willing to learn, to give their books the best chance of success by putting themselves out there, whether in person or online. And we will guide them and support and assist them along the way, because both publisher and author have the same goals: to put out a quality product that will attract readers and sales.

We also like writers who are flexible and willing to work with their editors, willing to accept certain changes in their work or their ideas of what the cover or title should be in order to make the book more marketable. We try to be flexible too; because we want our authors to love their books as much when they’re published as they did when they finished the last draft and sent it off to submissions.

What is one piece of advice you would give up-and-coming writers whose goal is to be a published author?

Write, write and write some more. Write everything, not just books. Write like your life depended on it, because you won’t have a career as a writer if you don’t. You’ve got to love the whole idea and process of writing, despite the no money and the bad prose and the rejection and failure and discouragement. The more you write the better you will be, until one day you have the completed manuscript that someone outside your family and friends will love and want to invest in. 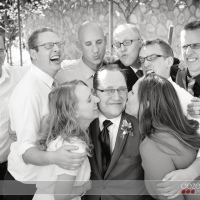 Coming Down the Mountain

A small press to believe in